THE SOUL OF A FRAGRANCE | FENDIFRENESIA Scented Baguette 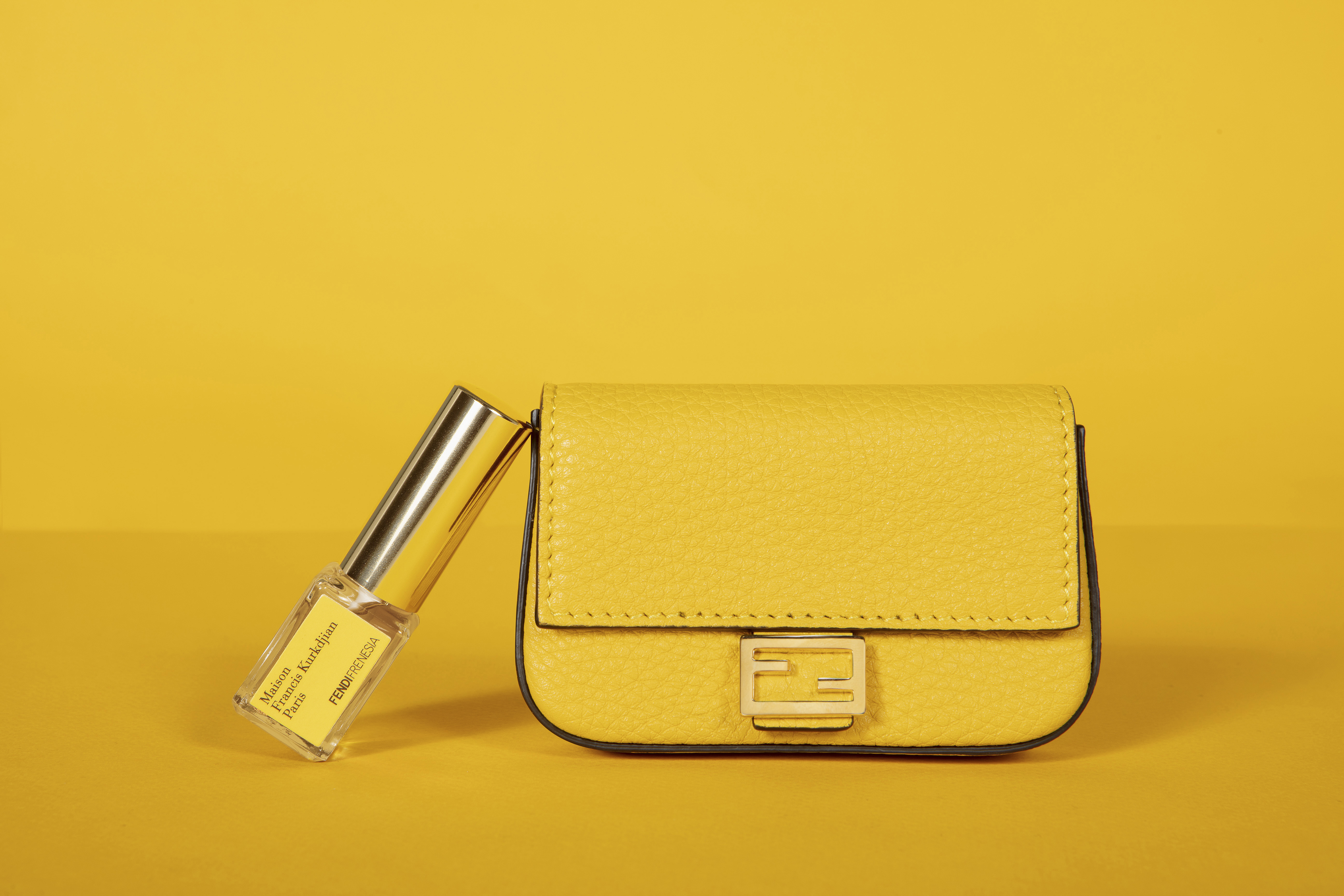 FENDI and Maison Francis Kurkdjian , two Houses, one Roman, the other Parisian, with unique craftsmanship and common values of aesthetics. One in the world of fashion, the other in that of perfumery renowned for their audacity and boldness. From this encounter a desire, an idea, a reality is unveiled for the first time in Miami in December 2019.

Since its inception in 1997 by Silvia Venturini Fendi , the iconic Baguette bag has been constantly reinventing itself, with a modern spirit symbol of the identity of the Roman Luxury House. In 2014, Francis Kurkdjian, a composer with the eponymous perfume house, revived the tradition of scenting the leather , for which he filed a patent.

For the first time, FENDI and Maison Francis Kurkdjian blend around a three-dimensional distinctive creation where touch, smell and sight take on all their meanings. Francis Kurkdjian creates for the Roman House FENDI FRENESIA , a gender fluid eau de parfum whose leathery and musky notes reflect the nobility and fluidity of the Selleria leather. The FENDI FRENESIA scented Selleria leather is the result of this artistic conversation around this noble, inspiring and natural material, whose scent, through Maison Francis Kurkdjian’s unique patented technique.

“ FENDI has always been experimenting, especially on accessories and with a bag like the Baguette, which was conceived as a manifesto of individuality, the first accessory to have its own name. Thus, the idea of having also a scent dedicated to this bag would make it even more special and unique. A bag is something so feminine, like the best friend of a woman, she holds all her life in it, her secrets. And a fragrance is something that is really one of the most personal things for a woman ,” states Silvia Venturini Fendi.

“Out of love for fine craftsmanship and for my profession, I modernized a technique invented by 12th century master glove maker-perfumers, successfully bringing it back to life. Today, this technique strikes a special cord with FENDI, thanks to a collaboration which has led us to join forces around shared values and a common aesthetic. I am very pleased that the fragrance was able to build a bridge between FENDI and Maison Francis Kurkdjian ,” affirms Francis Kurkdjian.

Feeling and visualizing a fragrance is an evocative, inimitable and evanescent experience. A few drops of perfume deposited on a coloured film paper, then dried, exposed to light and finally immersed in the development baths, allow to reveal the olfactory imprint. Experiencing her technique for Maison Francis Kurkdjian fragrances, Christelle Boulé , Canadian-Swiss artist and photographer, was appointed to capture the Soul of FENDI FRENESIA.

In different shades of the FENDI yellow, referring to the FENDI FRENESIA Soul by Christelle Boulé, is also a mini-format, the scented FENDI FRENESIA Nano Baguette , available in December as well in the FENDI Miami boutique and online in US and Europe.

The FENDI FRENESIA Scented Baguette and Nano Baguette bags also house, like a case, a 5 ml bottle of FENDI FRENESIA fragrance, which can be worn on the skin or vaporized on a card subtly hidden inside the FENDI bags to restore and enhance all the lightness of its olfactory shine.