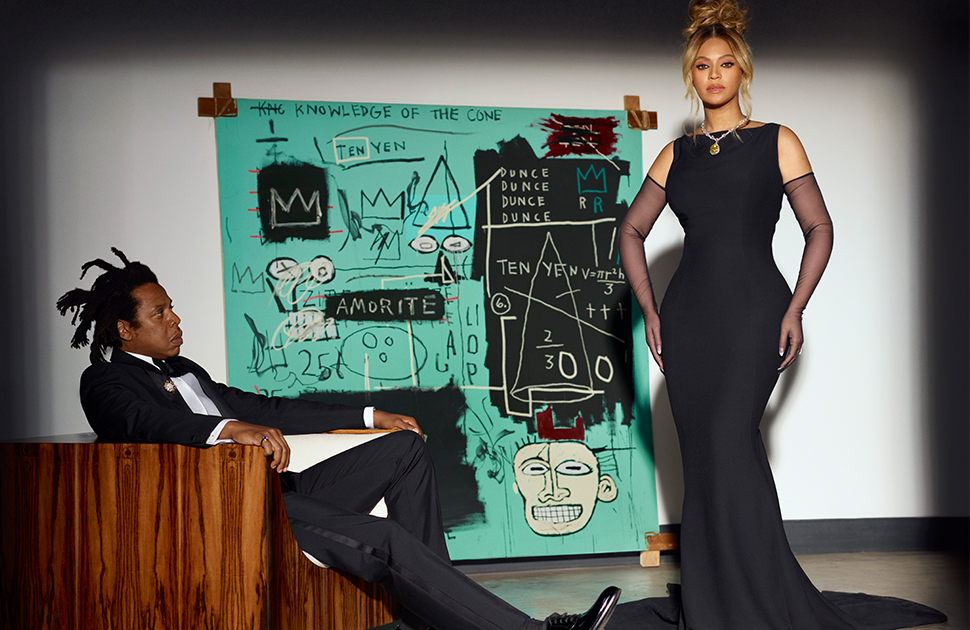 NEW YORK, NY — Tiffany & Co. announced today that powerhouse couple Beyoncé and JAY-Z will star in its latest campaign celebrating modern love. Synonymous with the world’s greatest love stories since 1837, Tiffany’s debut of “ABOUT LOVE” marks the latest evolution of the luxury jeweler’s new creative direction. The campaign is the result of a close collaboration and a shared vision between both the Carters and Tiffany & Co.

“Beyoncé and JAY-Z are the epitome of the modern love story. As a brand that has always stood for love, strength and self-expression, we could not think of a more iconic couple that better represents Tiffany’s values. We are honored to have the Carters as a part of the Tiffany family.” – Alexandre Arnault, Executive Vice President of Product & Communications. 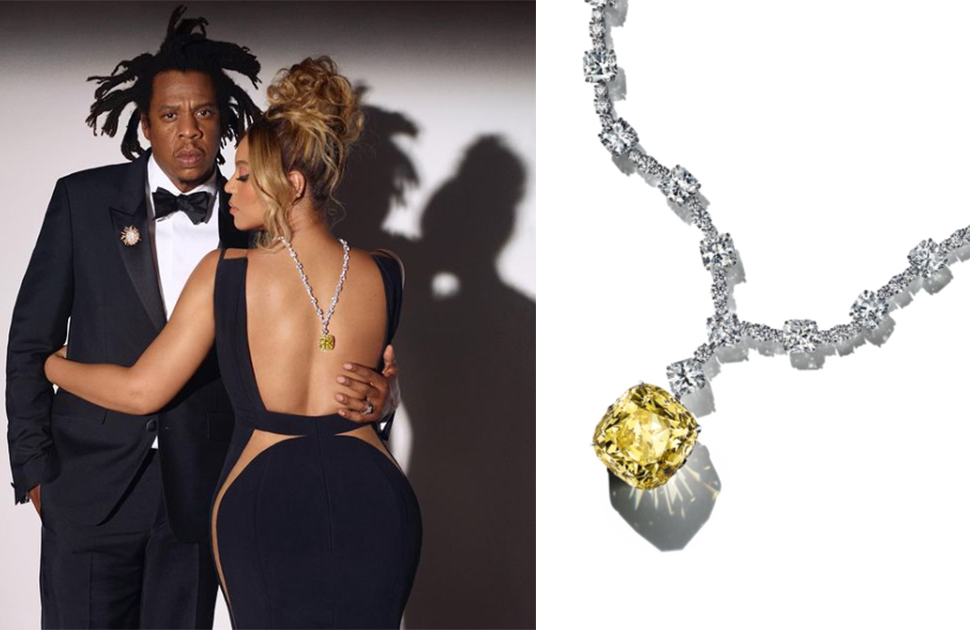 As the first time the couple has appeared in a campaign together, “ABOUT LOVE” is an exploration of connection and vulnerability. The Carters’ love story is illuminated by the iconic Tiffany Diamond and set against the backdrop of Jean-Michel Basquiat’s Equals Pi (1982). As part of a private collection from its creation until now, this campaign marks the work-of-art’s first public appearance, propelling Tiffany’s long-standing tradition of working with New York creatives forward. Ushering in a new brand identity, this campaign embodies the beauty of love through time and all its diverse facets, forging a new vision of love today.

Worn in a campaign for the first time in history, the Tiffany Diamond weighs 128.54 carats and boasts an unprecedented 82 facets. Seen on Beyoncé throughout “ABOUT LOVE,” it is considered among the most important gemstone discoveries of the 19th century. Unearthed in 1877 in the Kimberley Mines of South Africa, founder Charles Lewis Tiffany purchased the rough diamond in 1878, solidifying the brand’s reputation as a diamond authority. House icons including designs from Jean Schlumberger and the Tiffany T collection are also featured throughout. Most notably, JAY-Z wears Jean Schlumberger’s legendary Bird on a Rock brooch, reconstructed as a pair of one-of-a-kind cuff links. Jean Schlumberger was best known for dressing high-society’s elite in the 1960s and ’70s, so it is appropriate that his unmistakable designs live out his legacy on one of today’s greatest creative forces. 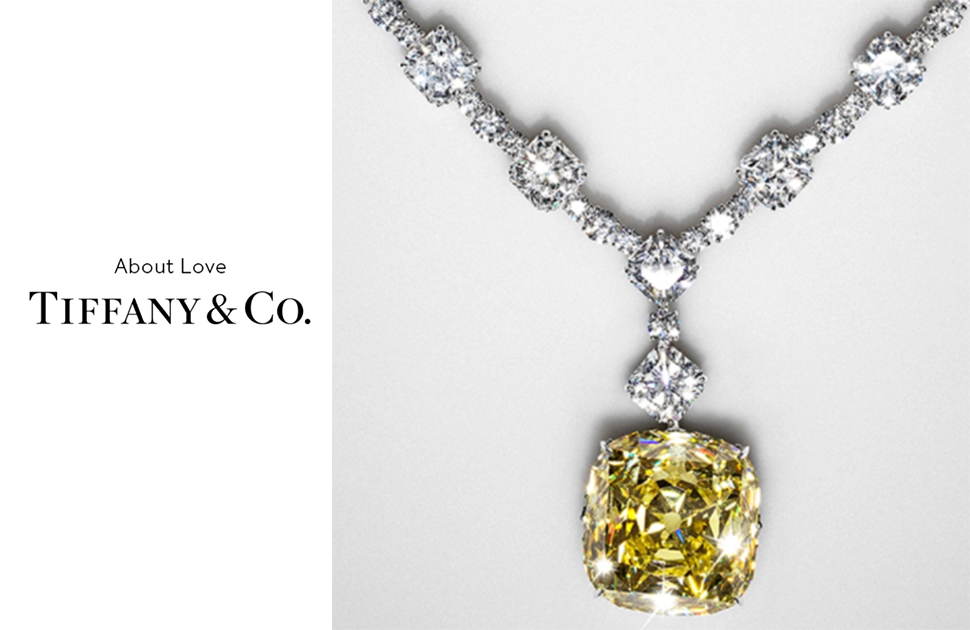 A film by acclaimed director Emmanuel Adjei has also been created and features a musical performance of the classic song “Moon River.” Made famous in the 1961 film Breakfast at Tiffany’s*,* the iconic tune is reimagined with vocals by Beyoncé, captured by JAY-Z on a Super 8 camera. The couple selected the Orum House in Los Angeles to serve as the setting for the film, in which nostalgic flashbacks are interwoven with cinematic, dreamlike visuals. Basquiat’s Equals Pi (1982) appears once again as a common Tiffany Blue® thread throughout the narrative. The accompanying “ABOUT LOVE” print campaign was shot by Mason Poole and styled by June Ambrose and Marni Senofonte.

“ABOUT LOVE” reflects Tiffany’s continued support towards underrepresented communities. As a part of the house’s partnership with the Carters, Tiffany & Co. is proud to pledge a USD $2 million commitment towards scholarship and internship programs for Historically Black Colleges and Universities (HBCUs). Additional details on this initiative are forthcoming.

“ABOUT LOVE” launches globally in print on September 2. The accompanying film will launch on Tiffany.com September 15 and will be amplified through global media activations. The campaign will further unfold later this year with additional films created by acclaimed director Dikayl Rimmasch and second unit director, Derek Milton.

With more than 300 retail stores worldwide and a workforce of more than 13,000 employees, TIFFANY & CO. and its subsidiaries design, manufacture and market jewelry, watches and luxury accessories. Nearly 5,000 skilled artisans cut Tiffany diamonds and craft jewelry in the Company’s own workshops, realizing the brand’s commitment to superlative quality.

TIFFANY & CO. has a long-standing commitment to conducting its business responsibly, sustaining the natural environment, prioritizing diversity and inclusion, and positively impacting the communities in which it operates. To learn more about TIFFANY & CO. and its commitment to sustainability, please visit Tiffany&CO.